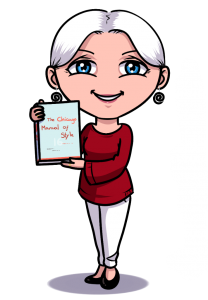 Here’s a question I get asked quite often as a grammar guru: Can you end a sentence in a preposition?

Yes, dear readers. Yes, you can.

Sure, the first sentence avoids ending with a preposition. But it sounds a little unnatural or dated, more fitting for the Dowager Countess than a modern American-English writer. The second is clearer and plainer—and therefore more easily understood.

Now, there may be times when ending with a preposition can sound clunky or awkward. If that’s the case, then by all means, rearrange.

Still, some may dislike the construction of a sentence that ends in a preposition, and you may find yourself edited or otherwise pressured to change your sentence. If you want to avoid controversy, then go ahead and rearrange.

But if you feel like ending with a preposition, and the sentence is clearer for it, then by all means—go for it. I promise: there are no rules against it.