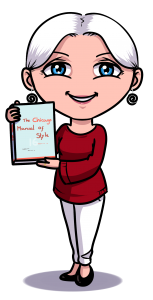 “In many ways I’ve led a charmed life,” Gail tells us, “I have always been privileged to have writing as a major part of my day job.”

At age twelve, Gail had the good fortune to be elected class reporter by her junior high friends. Class news was published in the local newspaper in the small town of Stigler, Oklahoma.  This contact led to a high school humor column. Eventually the newspaper offered Gail her first job for real money, writing general community news, proofreading and learning how a newspaper works.

Well, Gail got the bug! Writing became her main goal. Serving as editor of her college newspaper way back when, her first editorial featured the Russian Sputnik launch that started the Race for Space. Gail went on to earn a journalism degree from the University of Oklahoma.

Over the years Gail lived a varied lifestyle in Oklahoma City, downtown Chicago, the suburbs of Atlanta and, finally, Eureka Springs. Along the way she held a number of jobs: credentialed member of the Oklahoma State Capitol Press Corps for more than a decade, editor of three international publications circulated in the U.S., Canada, Great Britain and Australia, web content provider, professional speechwriter and author of a number of “white papers” on the legislative goals of major business organizations.

Her highfalutin job titles ran the gamut, but writing always was among her key duties.

Gail has received prestigious awards in news, feature story and magazine editing from the Chicago Association of Business Communicators.

Now a retiree, Gail directs her computer-based activities toward short fiction, winning a number of awards and recognitions at regional writers’ conferences. On occasion, she accepts a copyediting assignment.

Gail is proof that you do not have to be young—maybe only young at heart— to begin writing fiction. 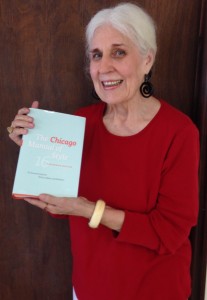 One reply on “The Merry Grammarian”