Marian Szczepanski holds an MFA in fiction from the Program for Writers at Warren Wilson College and a BA in American Studies from the University of Notre Dame. Her short fiction has appeared in Clackamas Literary Review, which garnered the deMaine Award for an Emerging Writer, with forthcoming work in Concho River Review. A Houston Press Club award recipient for magazine feature writing, Szczepanski also has published articles in the University of Houston’s Collegiummagazine and Houston Woman Magazine.  Huffington Post’s reviewer praised her book Playing St. Barbara (High Hill Press, 2013) as “a stunning debut novel that shimmers with unforgettable characters while casting necessary light on a dark chapter in American history.” Named to the 2014 Houston Press roster of 100 Houston Creatives, she lives—where else?—in Houston, Texas.   http://www.marianszczepanski.com

In addition to his most recent work, A Few Seconds of Radiant Filmstrip, KEVIN BROCKMEIER is the author of

the novels The Illumination, The Brief History of theDead, and The Truth About Celia; the story collections Things That Fall from the Sky and The View from the Seventh Layer; and the children’s novels City of Names and Grooves: A Kind of Mystery.His work has been translated into seventeen languages. He has published his stories in such venues as The New Yorker, The Georgia Review, McSweeney’s, Zoetrope, Tin House, The Oxford American, The Best American Short Stories, The Year’s Best Fantasy and Horror, and New Stories from the South. He has received the Borders Original Voices Award, three O. Henry Awards (one, a first prize), the PEN USA Award, a Guggenheim Fellowship, and an NEA Grant. In 2007, he was named one of Granta magazine’s Best Young American Novelists He teaching frequently at the Iowa Writers’ Workshop, and he lives in Little Rock, Arkansas, where he was raised.

Mackenzie Doss has a Masters degree in Creative Writing from the University of Edinburgh, Scotland. During her studies she interned at Black and White Publishing under the assistant editor while also editing for Edinburgh University’s student journal The Forum. Her undergraduate degree was in Literature from the University of California, Santa Barbara with specializations in Literature of the Mind and Early Modern Studies. She has participated in many workshops and has organized and hosted numerous open mic nights across Edinburgh City. Having spent several years within the writing community in Edinburgh, she is excited to be back in the United States to contribute to the universal creative process. After traveling through eleven countries on three continents, she wholeheartedly believes in the connective power of storytelling. Mackenzie also writes for the Eureka Springs Independent and Fun Guide. Contact her at 213-281-0660 or m.n.doss89@gmail.com

While Carole Parker describes herself as a Noir/Pulp/Hard-Boiled dame, she’s been around the block in Hollywood. As an independent film producer, Carol co-produced CAPPUCCINO,

a micro-budget film noir written and directed by Craig Ross, Jr., which won the IFFM Gordon Parks award. She has worked with Warner Brothers, Disney, MTV and New Line Cinema, and at Jaffe/Braunstein films, where she worked on 9 TV movies and 2 miniseries (including THE ANDROMEDA STRAIN reboot, a co-production with Scott Free). To date she has written 26 features, 7 pilots and 5 shorts.In 2008, her political mockumentary A NEW TOMORROW played the festival circuit and won the audience award at the Seattle Independent Film Festival. In the last few years Carole has developed material with several producers: ZOMBIE & JULIET with Mark Ordesky (THE LORD OF THE RINGS) and BABY HEISTER with Daniel Ostroff (THE MISSING), and is in discussions with Vince Gerardis (GAME OF THRONES) to write for his new series, THE RIVIERA

Kelly Madigan is the award-winning author of a new collection of poetry, The Edge of Known Things (Stephen F. Austin State University Press) and a how-to book titled Getting Sober: A Practical Guide to Making it Through the First 30 Days (McGraw-Hill). She is an accomplished poet and essayist whose work has been published in literary magazines and anthologies such as Best New Poets 2007, Crazyhorse,

Prairie Schooner, Barrow Street, The Massachusetts Review, Calyx, Natural Bridge and elsewhere. (For a comprehensive list of her publications, go to the Nebraska Center for Writers.)

Kelly is a recipient of the National Endowment for the Arts Fellowship in Creative Writing. Her poetry has been featured by Garrison Keillor on his national radio broadcast, The Writer’s Almanac. Her manuscript Born in the House of Love won the Main-Traveled Roads Chapbook Award, and she has received the Distinguished Artist Award in Literature from the Nebraska Arts Council http://kmadigan.com/

Marilyn H. Collins is an award-winning author of how-to books for writers, regional history books, and magazine articles. She is owner of CHS Publishing (www.chspublishing.com). Her latest book, Market Yourself, Market Your Book is for writers who love to write but are overwhelmed with marketing their work. Collins is a frequent conference speaker and workshop leader. She is a writing coach and online workshop leader through Mentors for Writers (www.mentorsforwriters.com).  Her workshops for writers are hands-on, interactive, and practical. Collins offers Step-by-Step Writing Guides including: Memoir Writing: Brighten Your Leaf on the Family Tree and You Can Write a Book about Your Family. Collins is editor of an online newsletter for writers, Proficient Writer NEWS (www.proficientwriter.com) 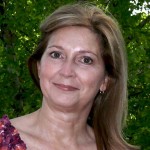 Born and raised in London, England, Keith Scales has acted in more than 200 plays and directed nearly 100 productions in professional regional theatre. Study Fellowships have taken him to Ireland, Japan, the west of

England and the south of France in preparation for various theatrical projects. He was awarded the first Masters Fellowship in Theatre by the Regional Arts Council of Oregon, which took him to Greece, London, and Prague. From 1993 – 2009 he served as artistic director of the Classic Greek Theatre of Oregon, for which he wrote line-for-line English versions of sixteen ancient Greek plays.

In 2011, he relocated from Oregon to Eureka Springs, Arkansas, to concentrate on the creation of original works for page, stage and screen. His long-time partner is well-known local visual artist and actress Rebecca J. Becker, owner of the Prospect Gallery. Keith is currently Tour Manager for the Crescent and Basin Park hotels.

Paula Martin Morell has an MFA from the University of New Orleans, and she has been teaching creative writing for over 20 years. Her short stories, poetry, and creative non-fiction h

ave won numerous regional, national, and international awards. Three times she has been featured as an emerging writer at the International Conference on the Short Story in English. Her critically-acclaimed novel-in-stories broken water was published in 2006, and her writing workshop Invoking the Gifts is being used in recovery centers nationwide. She started Temenos Publishing Company, a small literary press, in 2005. She created, produces and hosts the popular “Tales from the South” radio program, heard on NPR and around the world.

Pamela Foster is the author of a historical fiction series, three contemporary novels, a humorous travel memoir, and a 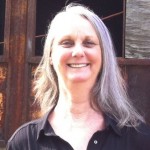 book of personal essays. Foster writes on a wide range of topics including: Bigfoot, post-traumatic stress in combat veterans, service dogs, and relocating to Central America. Regardless of the genre or topic, the author’s books are bound together by deep point-of-view, a layered sense of place, and an unswerving belief that life is filled with moments of joy. http://pamelafosterspeakerwriter.wordpress.com/ 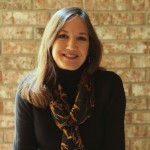 Jan Morrill’s debut novel, The Red Kimono, was published by The University of Arkansas Press. It was selected as an Arkansas Gem by Arkansas Center for the Book, and is a Historical Novel Society Editor’s Choice. While working on the sequel to The Red Kimono, she also enjoys speaking at schools, libraries and conferences. For more information, please visit  www.janmorrill.com.
Linda Apple is the author of Inspire! Writing from the Soul, and Connect! A Simple Guide to Public Speaking for Writers. She has two 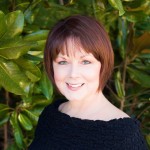 novels, The Journey, being pitched by her agent and The Women of Washington Avenue, her current work in progress. She has sold 16 stories to Chicken Soup for the Soul.Linda is also a motivational speaker and serves as the Regional Speaker Trainer for Stonecroft Ministries. www.lindaapple.com