Three one-act plays by NWA playwright Brad Gambill will be performed in Eureka Springs as part of the May Festival of the Arts. The plays are directed by Jan Lauderdale, Instructor of Theatre at John Brown University. Cast includes: Amanda Neely, Kaitlin Thompson, Will Gambill, Luke Mitchell, Franklin Davidson, and Nathan Greathouse.
Dr. Brad Gambill was born in Muskogee, Oklahoma and received an English degree from the University of Oklahoma, where he also studied dramatic writing under Dr. Theodore Herstand. He received a Masters of Fine Arts in creative writing from the Iowa Writers’ Workshop where he worked with two Pulitzer Prize winning authors, Marilynne Robinson and James Alan McPherson. At Oklahoma State, he received his PhD in in fiction writing and Native American literature and completed Baby’s Blues, a coming-of-age novel set in the 1970s. At Waynesburg College (PA) and John Brown University, Gambill has taught creative writing courses in fiction, poetry, and playwriting and helped create and run writing/art festivals for high school and college students. In addition to plays, he is currently writing a novel titled No Joy for Matisse.
The three plays explore both the light and dark sides of human motivation. In the play, “McAdoo and Aimes,” a veteran wing-walker and his mid-twenties co-performer, perform their routine in the skies over Topeka, Kansas. In “Truck” a drunk soldier places his helmet on top of the battalion flag pole and places his friends in a dilemma as the sun rises over an American Army post in Germany. In “Record-Keeping,” a fresh-out-of-school nutritionist, Sunny, begins to question her “charge” of keeping a patient alive so he can gain two more pounds to set the world record for being the heaviest man. Rachel, a nurse with an edge of cynicism, complicates the moral question.
The plays will be presented at Main Stage, 67 North Main in Eureka Springs on May 21 at 3:00 p.m. A wine and cheese intermission will complete this free event.
For more information, visit www.VillageWritingSchool.com or phone 479 292-3665. 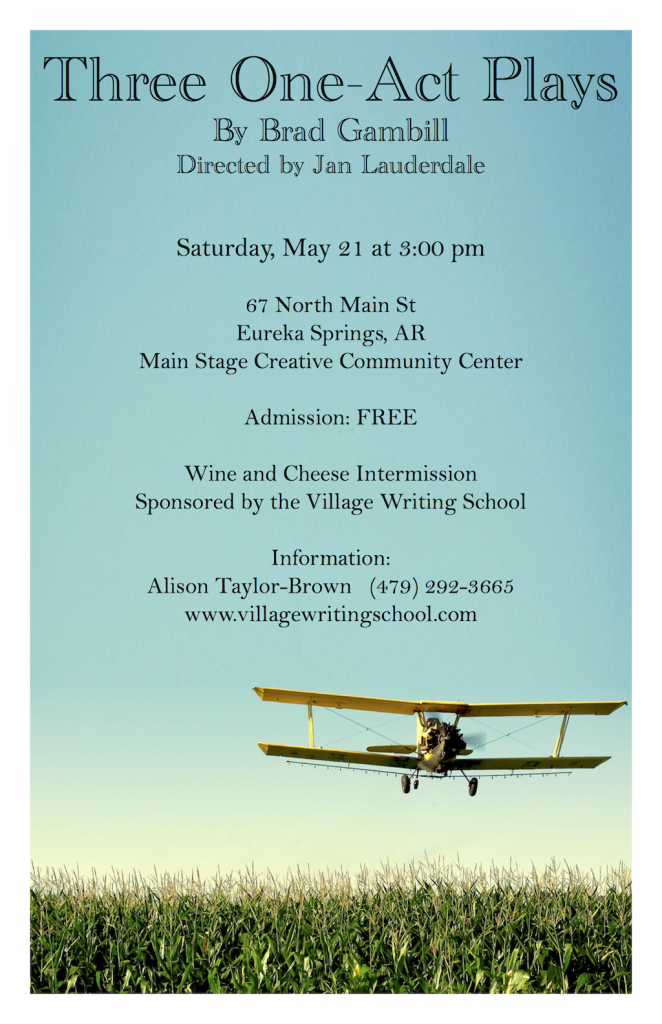 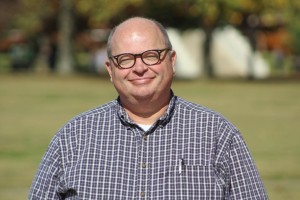 Brad Gamball is a graduate of the Iowa Writers’ Workshop and teaches creative writing and American/Native American literature at John Brown University in Siloam Springs, AR. In addition to the one-act plays “Truck,” “Aimes & McAdoo,” and “Record-Keeping,” he recently completed The 5 & Dime Girls, a full-length play set in small-town Oklahoma, in the 1950’s.