Marian Szczepanski, author of the debut novel Playing St. Barbara (High Hill Press, 2013), holds an MFA in fiction from the Program for Writers at Warren Wilson College and a BA in American Studies from the University of Notre Dame. Her short fiction has garnered the deMaine Award for an Emerging Writer from Clackamas Literary Review. She has received fellowships, grants, and awards from Hedgebrook, Vermont Studio Center, the Writers’ Colony at Dairy Hollow, and the Houston Press Club. Named to the Houston Press roster of “100 Houston Creatives” for 2014, Marian teaches creative writing workshops at Writespace Houston and beyond. 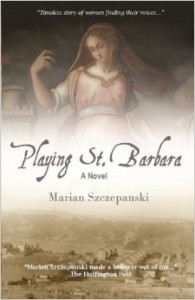 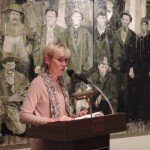