Born and raised in London, England, Keith Scales has acted in more than 200 plays and directed nearly 100 productions in professional regional theatre. Study Fellowships have taken him to Ireland, Japan, the west of

England and the south of France in preparation for various theatrical projects. He was awarded the first Masters Fellowship in Theatre by the Regional Arts Council of Oregon, which took him to Greece, London, and Prague. From 1993 – 2009 he served as artistic director of the Classic Greek Theatre of Oregon, for which he wrote line-for-line English versions of sixteen ancient Greek plays.

In 2011, he relocated from Oregon to Eureka Springs, Arkansas, to concentrate on the creation of original works for page, stage and screen. His long-time partner is well-known local visual artist and actress Rebecca J. Becker, owner of the Prospect Gallery. Keith is currently Tour Manager for the Crescent and Basin Park hotels. 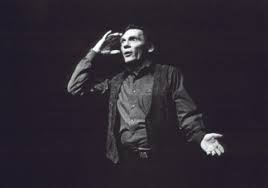