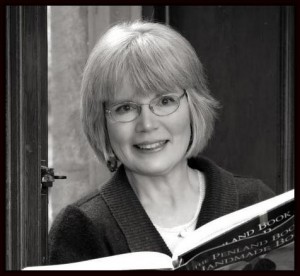 Alison Taylor-Brown has been writing her whole life, most recently focusing on characters caught in the rip tide of controversial science and historical upheaval. In her completed novel, Artificial Life, the first of her 16-century series, a biochemist who creates an artificial organism becomes obsessed with a 16th-century monk turned heretic. Past and present blur as the narratives resonate off one another.

Her novel in progress, Line of Ascent, joins the stories of a present-day ornithologist and a 16th-century, free-thinking woman.

Alison learned the magic of words from her grandmother, Beulah Evans, a self-taught lover of literature. Together, they read every book that the Bookmobile delivered over dirt roads to their remote Ozark mountain home.

But Alison chose a practical path, and although her work won awards in the University of Arkansas creative writing program, she received an MBA and spent a decade in accounting and marketing with a national company.

Her first novel was bought by Simon & Schuster and was based on the life of her great-grandfather.

While teaching at various universities, she wrote a second novel about an Atlanta yuppie whose plane crashed in the Ozarks.

While running her own company, which grew exponentially until she sold it, Alison wrote a sci-fi novel about a planet populated by giant brains. She started a Literacy Council and an ESL school.

Alison received her MFA in 2010 from Southern New Hampshire University.

She is the founder and director of The Village Writing School, an independent creative writing school with multiple associate locations.

She writes a weekly newspaper column on writing craft called The Village View, and she writes two blogs, the sadly neglected Wolfgang Capito’s View and her lean and mean 30-Second Renaissance.