Join us to take your historical fiction to the next level. All sessions are recorded and available to view at your convenience. This online summit will help you:

You can access all sessions from the comfort of your home or even your smartphone! The full agenda and list of speakers is below.

Lifetime access costs $45. You will receive access to each speaker’s session to watch at your convenience. You can purchase by clicking here: 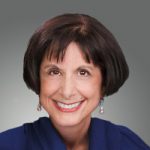 Irene Goodman of the Irene Goodman Literary Agency!
She has sold over 1500 books and counting. Her clients are regulars on the New York Times, USA Today, Publishers Weekly, and Bookscan bestseller lists. In her talk, she discusses the market for historical fiction, issues an important warning of what NOT to do, and tells you how you can make your book stand out from the crowd. 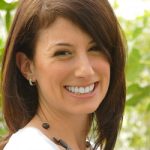 Query Letter Critiques From Amaryah Orenstein
Amaryah will share her critiques for ten writers. You will be able to access the webinar to listen to the query letter critiques. This is a rare chance to learn what grabs an agent and what they suggest for improvements. 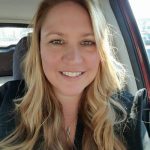 There’s More than One Way to Skin a Category: Writing Historical Fiction in a Variety of Formats
Speaker: Heather Webb
There are many ways to approach your historical story. Heather Webb, whose works include two biographical novels, a retelling of a popular story, a short story as part of a larger collection, and also an all-fictional cast in a historical setting, will open your eyes to possibilities you may not have considered.

Heather Webb is the international bestselling author of historical novels Becoming Josephine, Rodin’s Lover, and Last Christmas in Paris: A Novel of WWI. In 2015, Rodin’s Lover was a Goodread’s Top Pick, and in 2017, Last Christmas in Paris became a Globe & Mail Bestseller. To date, Heather’s books have sold in multiple countries worldwide, and have been featured in national print media including The New York Times, The Wall Street Journal, Cosmopolitan, Elle, France Magazine, Dish Magazine, the Washington Independent Review of Books, and more. 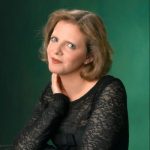 Historical Sub-Genres
Speaker: Lauren Willig
“Historical fiction” is a very broad category, as the books of our speakers demonstrate. NYTBS author Lauren Willig will discuss writing between genres (historical romance, historical mystery, historical women’s fiction, historical fantasy), and the ramifications for both craft and marketing. How do you balance the various elements and how do these categories impact branding, career development, and building your readership?

Lauren Willig is The New York Times and USA Today bestselling author of the Pink Carnation series and several standalone works of historical fiction, including The Ashford Affair, That Summer, The Other Daughter, and the collaborative novel, The Forgotten Room. Her books have been translated into more than a dozen languages, awarded the RITA, Booksellers Best and Golden Leaf awards, and chosen for the American Library Association’s annual list of the best genre fiction.

Amaryah Orenstein is a literary agent who helps writers bring their ideas to life. She is particularly drawn to narrative non-fiction and memoir but enjoys any book that connects the reader to its characters and evokes thought and feeling. Amaryah began her career at the Laura Gross Literary Agency in 2009 and, prior to that, she worked as an Editorial Assistant at various academic research foundations, including the Tauber Institute, where she edited books for Brandeis University Press/University Press of New England. Originally from Montreal, Canada, Amaryah earned a BA at McGill University before coming to the United States to pursue graduate studies in American History. She completed an MA at Ohio University’s Contemporary History Institute and a PhD at Brandeis University, and currently serves as Co-President of the Boston chapter of the Women’s National Book Association. 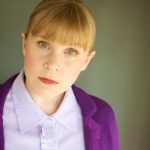 Showing the History Without Giving a Lecture
Speaker: Stephanie Storey
The biggest challenge of the historical novelist is how to educate readers on the complex aspects of the historical period. Yet, a narrative lecture has killed many a novel. Stephanie Storey, who faced the challenge of conveying both historical and art information in her novel, Oil and Marble, will share a variety of techniques to slip that history in without weighing down the story.

Stephanie Storey is a novelist and speaker. Her debut novel, Oil and Marble: a novel of Leonardo and Michelangelo quickly became a Los Angeles Times bestseller. The New York Times called it “tremendously entertaining” and compared her to Irving Stone, the writer of such classics as The Agony and the Ecstasy. Hudson Booksellers also named Oil and Marble as one of the Best Books of 2016. Storey is an award-winning national television producer for shows like Tavis Smiley on PBS, The Arsenio Hall Show for CBS, and The Writers’ Room for the Sundance Channel. 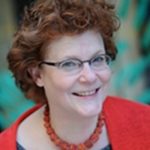 Research Techniques for the Non-Historian
Speaker: Pamela Toler
Authenticity is the life blood of the historical novel. Don’t have your characters eat bread and cheese when they can have a rosewater cookie. Pamela Toler will show you how to find the details that transport readers into the vibrant world of your story.

Author, speaker and historian, Pamela D. Toler translates history for a popular audience, going beyond the familiar boundaries of American history to tell stories from other parts of the world as well as history from the other side of the battlefield, the gender line, or the color bar. Her work has appeared in Aramco World, Calliope, History Channel Magazine, MHQ: The Quarterly Journal of Military History and Time.com.  She is the author of eight books of popular history for children and adults, including Heroines of Mercy Street: The Real Nurses of the Civil War (a non-fiction companion to the PBS historical drama, Mercy Street.)  Her newest book, currently titled Women Warriors:  An Unexpected History From the 2nd Millennium BCE to the Day Before Yesterday, is due out February, 2019. 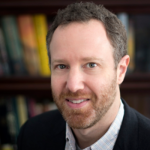 It’s Never Too Soon to Build Your Audience
Speaker: Dan Blank
Beyond a “platform,” you want an authentic connection with readers. What are some ways you can begin to build that relationship long before your book comes out? Dan Blank of WeGrowMedia will show you how such connections can become the most satisfying part of your writing career. 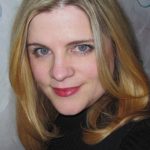 Are you Mired in the Middle?
Speaker: Crystal King
With so much information to present, a sagging middle is a frequent problem in historical fiction. What can you do to keep the middle compelling?

Crystal King is a novelist, editor, professor, social media professional, and critical and creative thinker. Her debut novel, Feast of Sorrow, is about Marcus Gavius Apicius, the man whose name is on the world’s oldest known cookbook. It was published by Touchstone Books, an imprint of Simon & Schuster. She is writing her second novel, The Secret Chef, about a famous Italian Renaissance chef, Bartolomeo Scappi, who was the cuoco segreto (private cook) to several Popes. She has taught writing, creativity and social media at UMass Boston, Boston University, Mass College of Art, and Harvard Extension School. 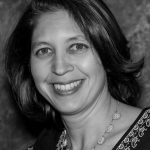 Race, Religion, and Cultural Norms of the Past for Today’s Audience
Speaker: Anjali Mitter Duva
How can you truthfully present the racial, religious, and cultural relations of the past when the audience of today has a different perspective on these important and often emotional topics? Anjali Mitter Duva will give you guidelines, rules of thumb and things to consider when your story is set amid relationships of another time or place.

Anjali Mitter Duva is a writer and educator who grew up in France and has family roots in Calcutta, India. Her first novel, Faint Promise of Rain, was shortlisted for the 2016 William Saroyan International Prize for Writing. She is a co-founder of Chhandika, an organization that teaches and presents India’s classical storytelling kathak dance. She is a frequent speaker and performer at schools, universities, literary events and cultural institutions. Anjali was educated at Brown University and MIT. She lives near Boston with her husband and two daughters, where she runs a children’s book club as well as the Arlington Author Salon. She is currently at work on her second novel, set in 19th century Lucknow, India. 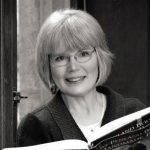